Here are two simple yet profound truths about people.  When you understand these truths a lot of things start making sense and some of your marketing decisions become much easier.

Those two simple truths are what make reputation marketing such an obviously good choice.  Think about it.  Most people simply don’t have much knowledge about your type of business.  They aren’t equipped to make a decision regarding which companies are good, and which companies are bad.  So the idea of hiring a company to take care of whatever problem they’re facing is a bit scary.  If they choose incorrectly and don’t have a good experience they will feel regret.  They will feel stupid for making that choice.  They will feel like they should have done more due diligence.  They are desperate to avoid feeling this way.

So what do they do?

Positive reviews on unbiased third party sites like Google, Yelp, and a few others are like money in the bank.  Nothing boosts credibility and makes them feel safe more.  Not trust symbols like the BBB symbol, not industry certifications, not association memberships.  Verifiable proof that other people have used your business and afterward thought it was a good decision makes people feel safe in choosing your company too.  It works because it satisfied both of the truths we just talked about.  Your prospects see that a lot of other people use your business.  This makes them think that you must have a good business.  If you didn’t, all those people wouldn’t be using it.  They also see that overwhelmingly, people feel good about the interaction they had with you.

Here’s how we do it.

You collect the names and email addresses of your clients.  You can collect a bunch that have used you over the years or you can just start collecting them as they use you.  Then you add those names and emails into our software.  Then you’re done.  The software does everything else.

It collects the feedback and sorts your clients into two groups (Positive and Critical).

Positive clients are thanked and asked to leave that feedback on a third party review site like Google or Yelp (or anywhere else we want).  Leaving the feedback twice is easy because there is a copy feedback button so they don’t have to rewrite anything.  At this point it’s just a numbers game.  Most people won’t leave the feedback twice.  That’s fine.  Enough will that it’ll have a huge impact on your lead generation as you become a safer and safer choice.

Critical clients are thanked and asked what went wrong so you can fix the issue or make sure it doesn’t happen again.  They aren’t shown links to third party review sites.  This is huge.  As you collect critical feedback you’ll begin to see areas in your business that you can improve, resulting in many more happy clients and many more positive reviews.  The critical feedback is possibly even more useful than the positive feedback.

The end result is this.  Your happy clients tell the world about how fantastic you are which creates more business for you.  Your critical clients get to tell you what’s wrong before they start telling the world.  They can vent and you can get in front of any issues before they become public.  The benefits of this are impressive.

It’s getting to the point where a reputation marketing campaign like this is essential.  Why?  Most people who have good experiences with your business aren’t going to leave public testimonials unless you ask them to.  It just never occurs to them.  But if they didn’t have a good experience?  Those people are going to tell as many people as they can.  If you don’t have a system in place to get positive reviews from you happy clients, you’re just waiting until someone writes horrible stuff about your business.  And do you think that’ll hurt business?  Absolutely it will.  Negative reviews kill the safe choice feeling you’re trying to create.  So you need a system. 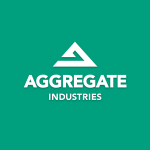 We are very happy with Floodlight SEO. They're easy to work with, take good care of our business, and have provided a great return on our marketing investment. Before working with them we didn't (...) 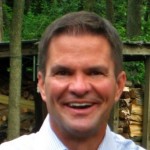 With laser sharp precision (and very little explanation on my part) Jens was able to understand my consulting business and provide practical steps to catapult it into the future. I am grateful fo(...) 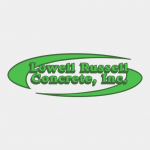 Before starting with Floodlight SEO we were spending too much of our marketing budget on things that weren’t working. We knew that using the Internet was key to growing our business but we wanted(...) 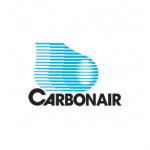 Carbonair has been working with Floodlight SEO since 2012. In this time we've steadily increased the number of quality leads we get from the Internet. Based off of our internal tracking, the mark(...) 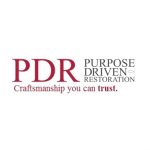 We interviewed numerous different companies in our search for an SEO consultant and website development specialist. We met Jens from Floodlight SEO through a networking meeting and were impressed(...) 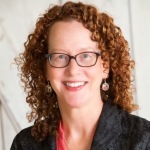 Intelligent, thoughtful contributions to the process of ramping up my business. I was surprised that there was so much to learn! 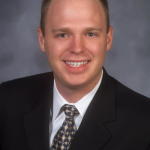 Jens is an expert internet marketer. I have come to him numerous times for advice on internet marketing, and he's always been upfront, honest, and extremely knowledgeable and helpful - whether it(...)